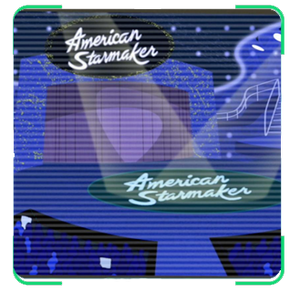 American Starmaker is a television talent show where contestants appear in competition for the opportunity to become famous, stars, and celebrities.

The emcee of the show says mean, hurtful, and rude comments, such as, "A young lady with a voice that could melt flesh."[1]

Retrieved from "https://kimpossible.fandom.com/wiki/American_Starmaker?oldid=29579"
Community content is available under CC-BY-SA unless otherwise noted.