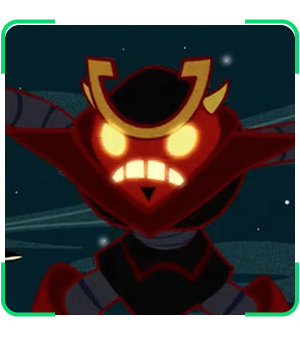 Diablo was originally an incomplete character created by famed toymaker Mr. Nakasumi. The plans were stolen by Dr. Drakken and combined with the cybertronic technology of Dr. James Possible's Hephaestus Project. The end result was the Lil' Diablo toys, which could transform into an army of massive battle robots.

Even as unassuming toy robots, each Diablo was capable of following the commands of Drakken's chosen henchman Lars, and they displayed limited intelligence, such as hiding themselves from potential witnesses who could expose Drakken's plans.

When their cybertronic circuitry was activated by a command signal, each Diablo grew to giant size and shifted into battle mode. Their weaponry consisted of transforming arms, which could toggle between pincers, energy cannons, razor-sharp buzzsaws, and flamethrowers. Once the command signal was interrupted, each Diablo would cease operation and revert to its original toy form.

Retrieved from "https://kimpossible.fandom.com/wiki/Diablo?oldid=31357"
Community content is available under CC-BY-SA unless otherwise noted.