Bonnie Rockwaller was elected squad captain by popular vote at some point during her and Kim's sophomore year, largely due to extensive efforts on her part to both improve the squad and replace Kim. However, Bonnie presumably returned the title to Kim after a very brief period upon realizing how heavy the workload was, as she was never referred to as captain after that point, and Kim once again assumed a clear leadership role on the squad. Ron predicted Bonnie would only last about a month as the captain, while Kim figured two weeks at the most[4]. It can be noted that Bonnie never again made a point of trying to replace Kim as captain, although she did continue to angle for prominence during routines[5].

Ron Stoppable brought the school mascot, the Middleton Mad Dog, to life for his sophomore and junior years, which was not only well received[6], but gained him some fame among the mascot circles[5]. After joining the football team in his senior year[7], he was forced to retire from his mascot duties. At Bonnie's suggestion, Kim's younger twin brothers, Jim and Tim Possible, became the new mascots, although they called themselves the "Pep Puppies." Ron was initially against Jim and Tim being the co-mascots, but eventually came to accept it, even giving them his banana-flavored whipped cream mouth-foam[8].

The primary, named, cheerleaders on the school's cheerleading squad are: 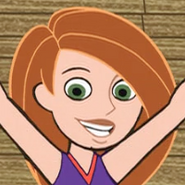 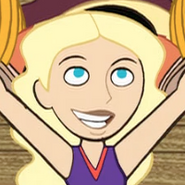 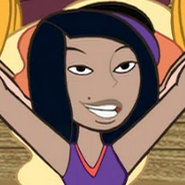 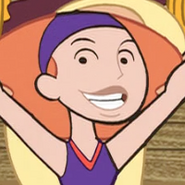 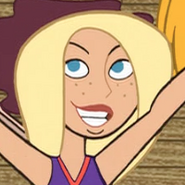 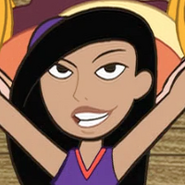 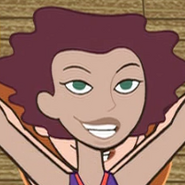 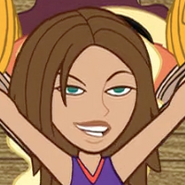 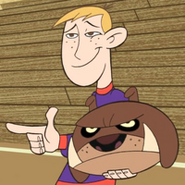 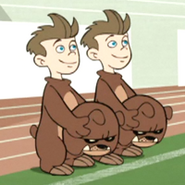 Additional unnamed cheerleaders on the school's cheerleading squad are: 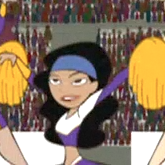 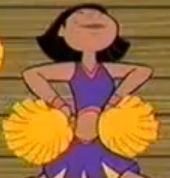 Dark hair on the right

Both on the 2nd tier from top

Blonde next to Bonnie

Blonde on the ground

Hair much longer than Crystal's

Retrieved from "https://kimpossible.fandom.com/wiki/Middleton_High_School_cheerleaders?oldid=36318"
Community content is available under CC-BY-SA unless otherwise noted.