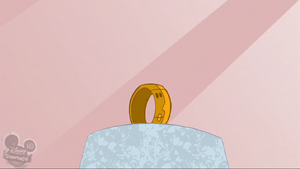 The molecular muscle enhancer is a ring that gives the wearer instant muscles. Being a HenchCo product, it was intended to be sold to villains.

As its name suggests, the molecular muscle enhancer operates on the molecular level. Anyone who wears the ring instantly experiences considerable increases in height and muscle mass. Once the ring is removed, the person returns to his or her normal build. The ring also emits an easily tracked energy signature.

Instant Muscles
Add a photo to this gallery

Retrieved from "https://kimpossible.fandom.com/wiki/Molecular_muscle_enhancer?oldid=30301"
Community content is available under CC-BY-SA unless otherwise noted.