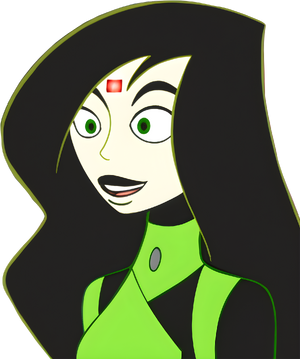 The neuro-compliance chip, invented by Dr. Cyrus Bortel, is essentially a method of obtaining total mind control over a person.

When placed on the forehead, the neuro-compliance chip overrides the nervous system and brain, effectively giving the user total mind control over their target. The effectiveness may be disputed somewhat, as Kim was shown resisting for several seconds before the chip took hold. Also, even while in the trance, the victim is totally aware of everything they are forced to do.

The only known way to break this trance is to interrupt the control frequency with a silicon phase disruptor.

Shego while under mind control.