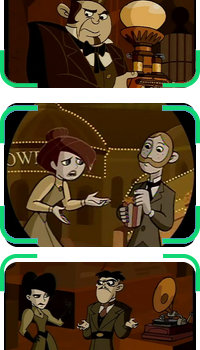 During a school field-trip to the Tri-City History Museum's centenary Tri-City World Expo, Kim and Ron find themselves delving into their own family history in order to solve a mysterious crime that happened a century ago[1].

Kim discovers a century old scandal involving the theft of a wondrous energy storage device, her ancestor, and amusingly the ancestors of many of her friends and foes including Ron, Drakken, Shego,and Wade. Kim works quickly to both clear the name of her ancestor and find the device before Middleton is destroyed in the blast it will create.