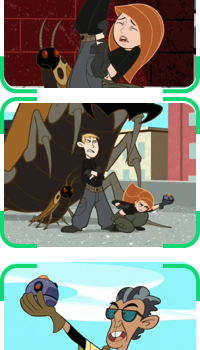 A rogue scientist unleashes an army of giant roaches on Middleton, one with whom Ron unexpectedly bonds.