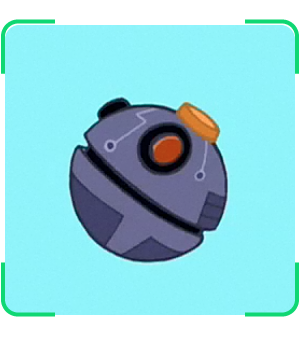 The Roflax is one of Professor Acari's inventions. It emits sonic pulses in order to encourage the growth of healthy exoskeletons in insects.[1]

The Roflax emitted sonic pulses that promoted the growth exoskeletons in insects. Later modifications by Chester Yapsby altered the magnification, which made its frequency harder to trace. In addition, constant irradiation would drastically increase the size of exposed insects. It also allowed him to control the insects, though only as long as he actually held the device.[1]

Kim deactivates the Roflax
Add a photo to this gallery

Retrieved from "https://kimpossible.fandom.com/wiki/Roflax?oldid=26620"
Community content is available under CC-BY-SA unless otherwise noted.