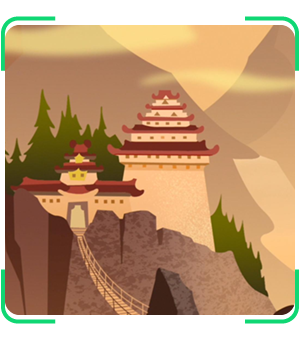 The Yamanouchi Ninja School is a secret training ground for the art of ninjutsu. It poses as an ordinary school to conceal this fact, and has an exchange program with Middleton High School.[1]

The Yamanouchi Ninja School is located in Yamanouchi, Japan.[1]

The Yamanouchi Ninja School was founded in the year 338 AD by the warrior Toshimiru, the original master of Monkey Kung-Fu. He carved the school out of a mountain using the Lotus Blade, a magical, shape-shifting sword that could only be wielded by someone with Mystical Monkey Power. The major teacher of the school is Master Sensei.[1]

School as seen from afar.

School courtyard at night.
Add a photo to this gallery

Retrieved from "https://kimpossible.fandom.com/wiki/Yamanouchi_Ninja_School?oldid=29712"
Community content is available under CC-BY-SA unless otherwise noted.